Finally, something to jog me out of the place where everything I tried to write for this blog -

was complaining about the stupid weather, which = whiny + boring.

[With any luck, this post will conveniently combine catching up on the past year's worth of never published posts, with a blog renaissance. To anyone who has continued to stop by and see if we're still breathing - thank you.]

Recently I came across several posts and comments out there about knowing what horse is right for you, knowing when a horse is not right for you, which types of horses are right for which people... it got me thinking. So here's our story.

I am the owner of a 2002 model ottb. He was found for me by my trainer at the time (as a seven year old), whose school horses were nearly all thoroughbreds.

I had invested in four years of dressage lessons with her. For a few summers before that I was a trail guide. Lots of barn watching and catch riding. By no means a super confident rider, but I felt ready for horse ownership, with my trainer's guidance.

Was Val crazy / wild / hot when I got him? No. He had three years off the track (trained, injured I suspect, never ran), eventually doing hunters, some low level jumping, and recovering from injuries before we met. Could he become crazy /wild / hot? Yes. He wasn't above exploiting my lack of leadership and my inexperience.

Less than a year passed before my trainer lost her farm and moved away. Living in the middle of nowhere means that finding any dressage trainer at all is tricky. Finding the kind of person I want to work with - not "putting the horse in a frame", not seesawing on his mouth, not using gadgety tack, but improving rider skills / seat / feel by listening to the horse - even trickier. The nearest candidates are 5 - 6 hours away.

We had some setbacks, and made some progress too. Slow, micro progress, but it was ours alone, and we earned it. Then, summer before last, I was overjoyed to finally find a biomechanics trainer. After a few successful road trips for lessons on her horses, I scheduled a mini-clinic so I could take Val with.

While I was tacking him up for our first lesson, the trainer, in a major hurry, rushed into the stall with me and began to "help" saddle him. He got wiggly. When she scooted around behind him to get out of the way, spooking him and blocking me in, he swung around into me, pinning me at the stall entrance, and breaking the living tar out of my arm.

If that wasn't bad enough, because I'd knuckled under and hadn't insisted on stalling Val upon arrival, (what we had planned initially as there was no dry lot), he was pastured on rich grass - enough to make him super lame on both fronts with raging digital pulses, within 36 hours. In retrospect, this likely added to his behavior while tacking up. What a nightmare.

Fast forward through trailering my horse home seven hours. (one-armed + standard transmission) Through the surgery I couldn't afford. Through missing four months of work from my landscaping job. Through being assured (wrongly), that my injury would be covered by the trainer's insurance. (not without me suing her) Through putting a serious hit on my down payment savings. Through taking care of my horse and farm one armed. Through an extended depression. Through endless groundwork while I recovered my health and my confidence. Through screwing up the courage to ride again...

Fast forward to today. Val standing out in the middle of his paddock. Wind gusting 40 mph. At liberty - no halter, no lead rope - for an hour, while I shed him out, curried and brushed every inch of him. While he showed me where the ticks were (in his man parts) and let me shove my head up in there to find them, and my hand up in there to remove them. While he held up all four hooves for me to pick. While he didn't move one step.

Am I accomplishing what I envisioned when I brought Val home? Not exactly - circumstances have led us down a different path. But I have learned valuable lessons - some painful, some expensive. And I'm a much better horsewoman now.

Are ottbs for everyone? Maybe not. They can be challenging. They require a tactful rider. They're forgiving of your inadequacies, as long as you're humble enough to admit to having them. I have high hopes for finding instruction again, once my house is built. (!) In the meantime, we'll keep putting one foot in front of the other.

Are ottbs for everyone? Depends on the circumstances. But isn't that true about most horse / human combinations? 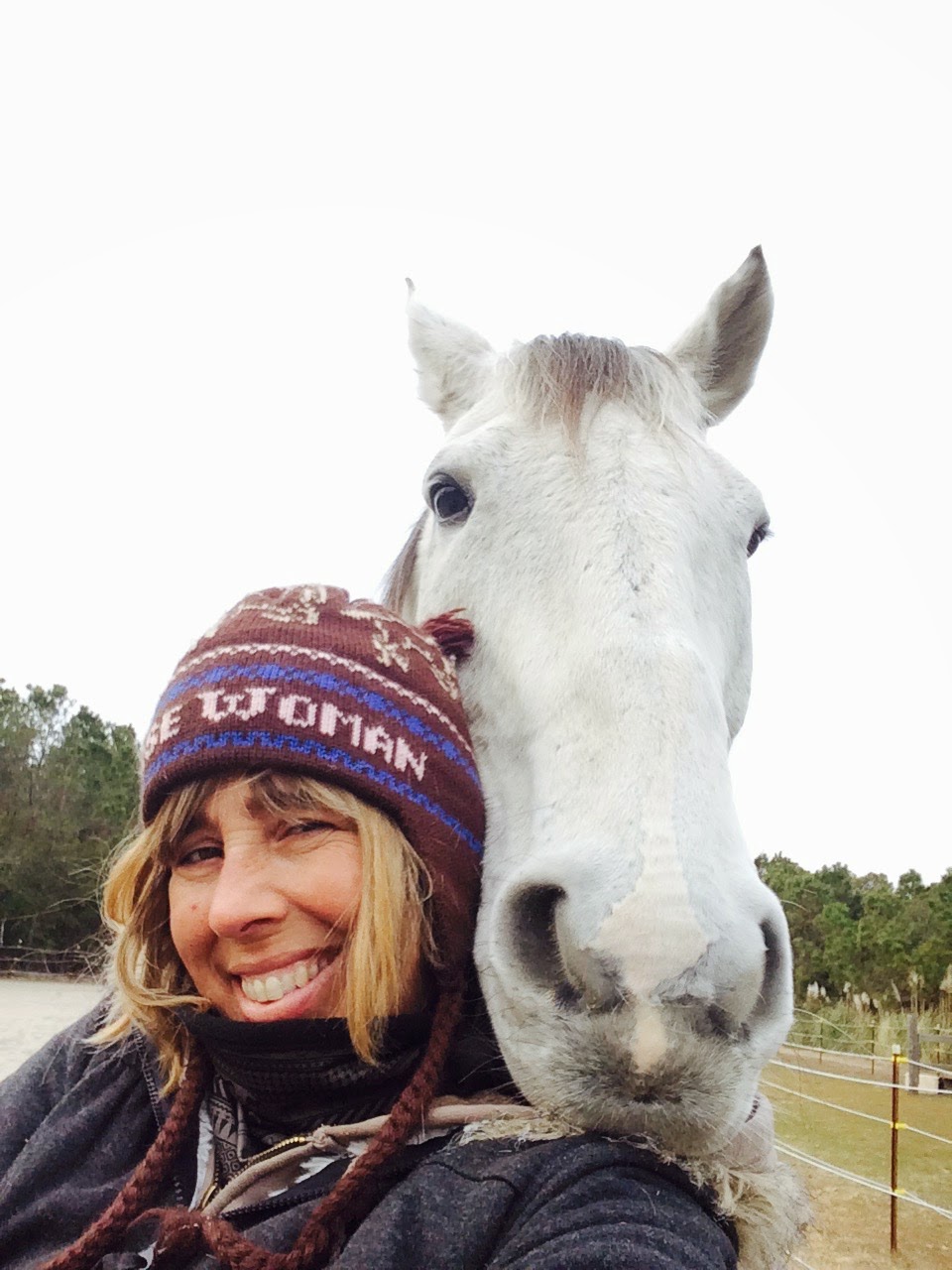 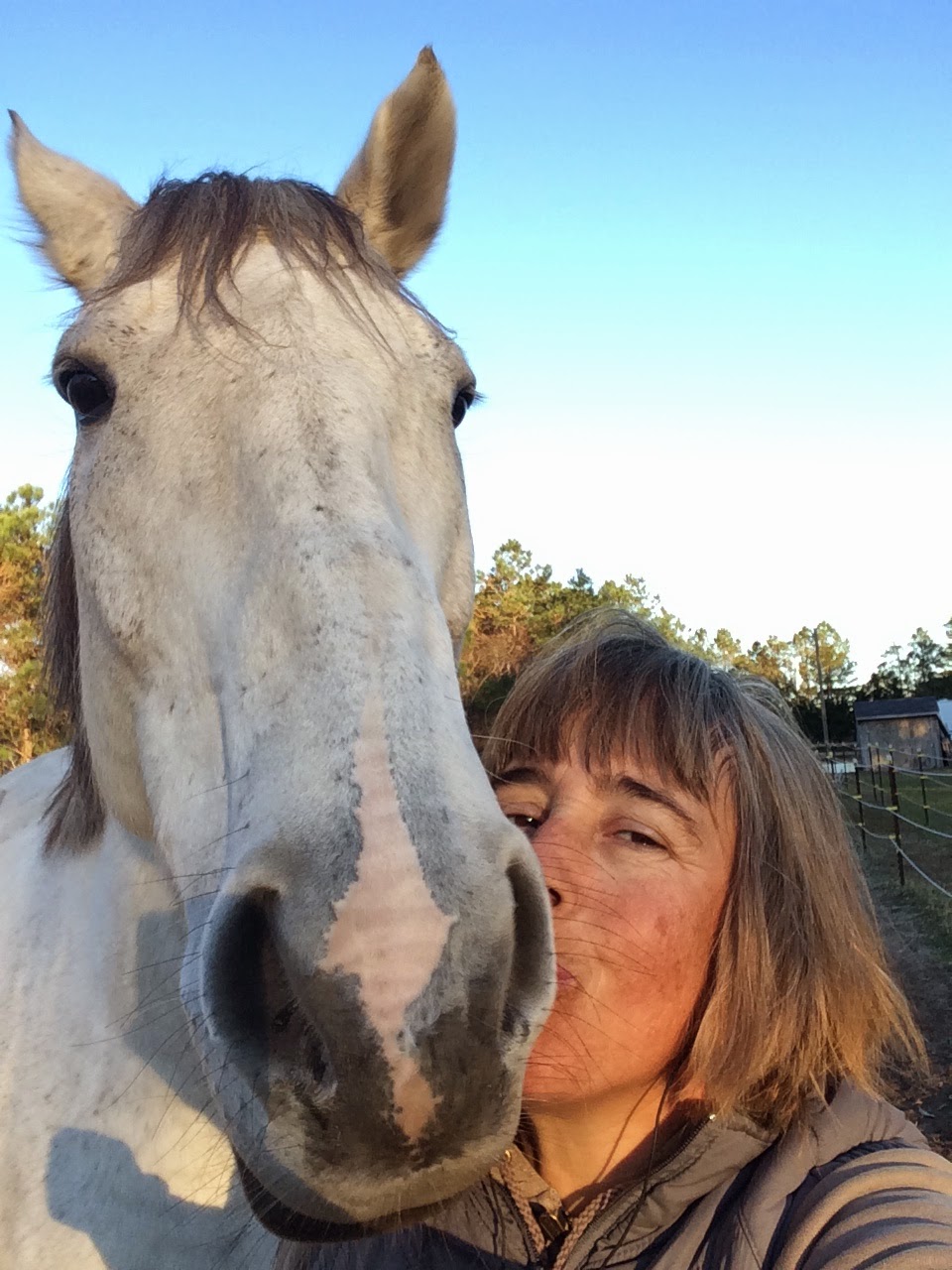