The weather has gone to crazy town.

January in a nutshell:
Several days of 70's - perfect, springlike, must ride, followed by some 50 mph winds and temps suddenly dropping into the twenties. Rinse and repeat. Not complaining about the June-uary days, or even January appropriate weather, but the ping-ponging makes for scary horse-keeping.

I've upped Val's salt ration overnight (when I can dole it out into his mash) to keep him drinking. He's been shedding up a storm (no lip gloss, no fleece, no lip gloss, no fleece...) for the last two weeks, so blankets must come out during the cold spells. It's easy to tell when he agrees with the choice to wear his clothing, because he puts his head through the neck hole voluntarily, and even cooperates when his head gets stuck because it's dark and I'm fumbling. 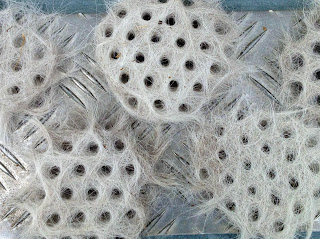 So - there was this Jane Savoie online clinic a while back. I might have mentioned planning on posting about it.. a few times. I took pages of notes. Full of great suggestions about how to structure your schooling sessions - checking your position, confirming go and whoa, and connecting the training scale to the tests. All info especially helpful when you are without a trainer. Too bad I (apparently) threw away my copious notes in a 70 degree day springlike cleaning frenzy. Even dug through the trash to salvage them - no dice.

Instead I'll share these nuggets from her monthly email -


These thoughts dovetail rather handily into this week's ride reports. Both days it was possible to ride this week I rode. Since the boss dad was out of town, I naturally appointed myself the replacement boss. "RP" thought it a fine idea to get the crew started and head back up to the barn. ("RP" rocks)

Ride one:
After a lengthy warmup on the buckle while breathing deeply and rhythmically, the focus was on keeping eyes up and body even. Val started snorting from the beginning of the ride - first time that's ever happened, so I felt I was on the right track.

Once I took up contact, I tried to keep it as light as possible - giving the driving aid when it started to feel heavy. Thumbs on top of the reins. Straight line from the bit to my bent, pointy, heavy, elbows. This must become second nature. My former trainer probably said it to me 175,000 times...

The idea of practicing an actual test has begun to feel possible lately, so there are cones around the perimeter of the arena now. We traveled around doing circles, half circles changing direction or transitions at every cone. By the end of the ride Val gave me turns on the forehand on the buckle, and halts off engaging my core only. Then came the deluge of treats. 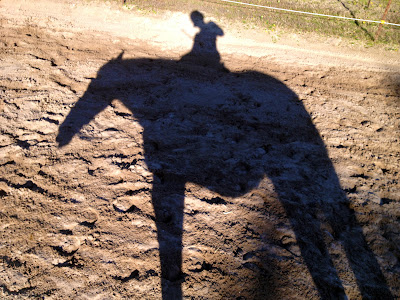 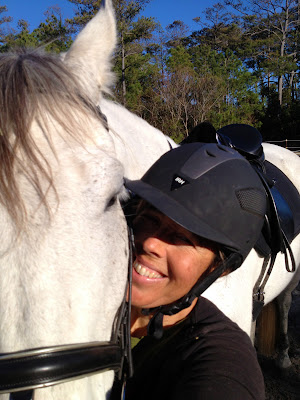 Ride two:
Another long warmup. A big shy / duck / scoot over something visible only to non humans got me off center for a bit, but we worked through it pretty quick. I continued asking for things and didn't acknowledge the cause of the incident - easy because it was a mystery.

This ride's focus was a repeat of the previous, but with special attention to getting an immediate response to my leg, backing up with the whip when I didn't. Lots of asking for the trot - wait - no, I changed my mind - got us a bigger, swingier walk and Val paying more attention to me.

We finished off with trotting figure eights and a lengthy cool out as work + unclipped pony = sweatmeister. Two point is definitely on the agenda next ride for sure as my ankles weren't feeling flexible enough for effective posting. 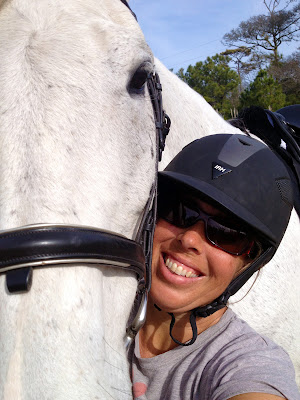 Something great has begun to happen over the the past month. My pre-ride anxiety is fading. Or maybe evolving. It seems I'm beginning to navigate the tricky path between fear, caution, anticipation, judgement and accomplishment. Thanks Val!