At this point - about 90 days into construction - it seemed like a good time to line up what was going to go into the house - plumbing fixtures, lighting, doors, flooring. The kitchen and paint will get future posts all their own.

Although I was able to do a ton of research online, many items needed checking out in real life, so there were the prerequisite trips to Lowe's and Home Depot. They're located off island - a three hour round trip from here. I find box stores completely overwhelming at the best of times. Since an entire day would end up being sacrificed, those little jaunts required serious planning, multiple lists and all the documentation. Whatever did we do before smart phones?

Speaking of smart phones - I used mine to immediately text a recap of every meeting or phone conversation I had with my builder - hoping to avoid any he said-she said issues down the line. That proved to be a successful (although probably annoying 😇) strategy lol... 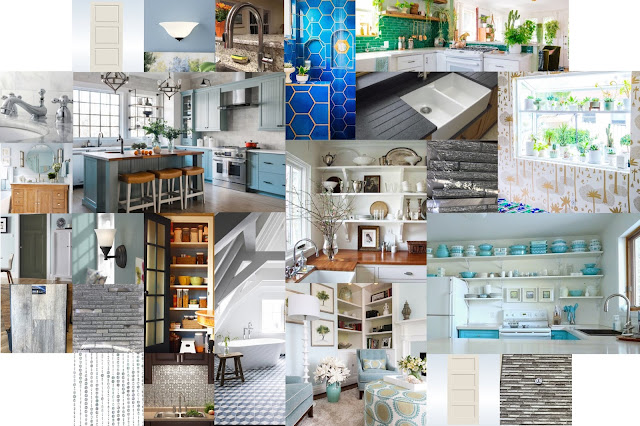 Meanwhile back at the ranch, my framers achieved the ridge beam - aka "topping out." According to google:

"The practice of "topping out" a new building can be traced to the ancient Scandinavian religious rite of placing a tree atop a new building to appease the tree-dwelling spirits displaced in its construction. Long an important component of timber frame building, it migrated initially to England and Northern Europe, thence to the Americas. A tree or leafy branch is placed on the topmost wood or iron beam, often with flags and streamers tied to it. A toast is usually drunk and sometimes workers are treated to a meal."

The afternoon my framers nailed in the ridge beam, they graciously hung this handy flag for me. You can find just about anything on Amazon.

We celebrated with a shot or two of Patron, and I sent them home with fresh eggs. 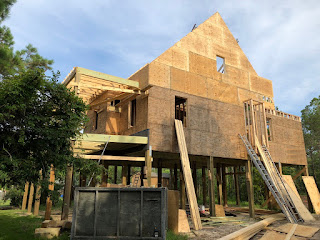 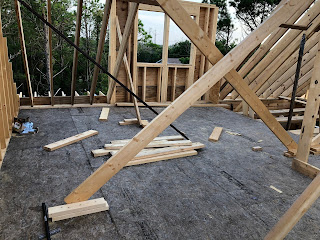 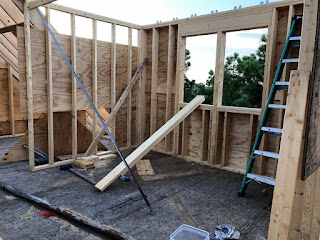 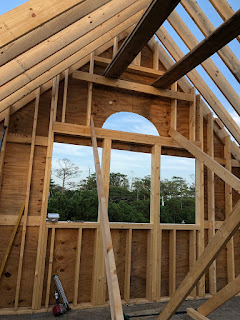 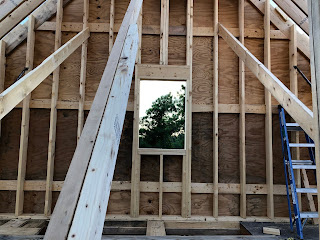 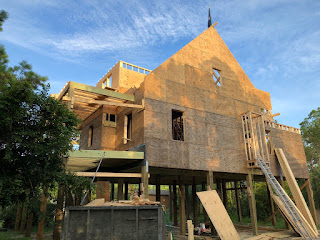 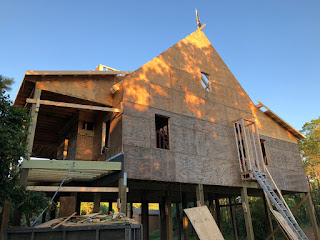 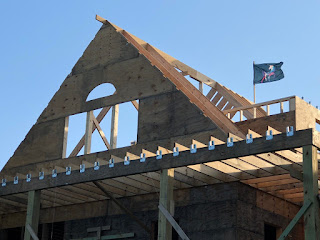 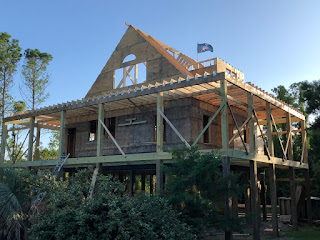 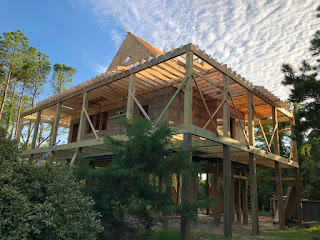 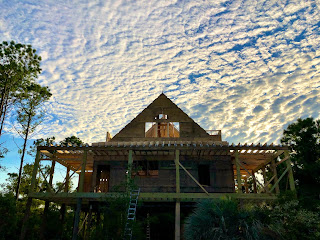