All good things must come to an end... such as the unseasonably warm weather that I like to call "June-uary". Thursday night we had our first light freeze. And this weekend it has gotten into the mid twenties overnight, with big winds. I know this is no big deal for you hardy northerners, but after extended temps in the sixties and even seventies, it comes as a shock to the system. I'm super glad I resisted the temptation to plant anything just yet - it was hard - spring fever was duking it out with common sense every warm day. 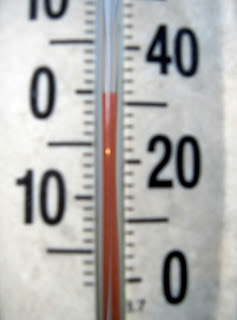 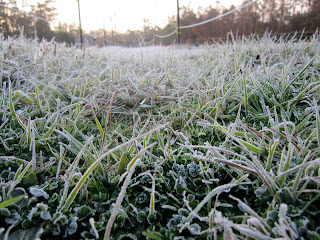 I have also resisted blanketing unless it is cold + raining, or very cold + windy. This is made a little much harder because Cowboy's people have kept him blanketed nightly (and often daily) for months, despite the mild temperatures, i.e. he has definitely been sweating under there some days. Part of me wants to bring up the topic of "piloerection", but it would likely fall on deaf ears. I believe that Cowboy's girl is trying to avoid dealing with shedding and a dirty horse, even though until he will actually get into a trailer - glamming him up for shows is uneccesary.... just sayin'. (Probably best that I don't bring it up.)


When I can overcome my ocd, I realize that Val seems perfectly comfortable, warm chest and cool but not cold ear tips. He has a run in stuffed with hay and evidence suggests he takes advantage of it overnight. Plus - sometimes he bites at the blankets as I'm putting them on, in an irritated way. I know they must not be totally comfortable - one cannot roll with abandon while blanketed. And it's a known fact that blankets can stifle a good bucking fit.

No riding reports this week. I've been working on the property, getting rid of manure and sorting out electrical issues. Finally got an electrician out to figure a quote for running power to my studio / hay barn. It has taken a year, and many broken promises. Fingers crossed Mr. B. calls me with a quote this week. I flirted a bit, but my offer to dig the extensive trench brightened his outlook on the job considerably. No sweat for me, I dig for a living. I can do a lot of things, but electricity I leave to the pros.

Val and I did some good ground work - leading around the property (searching for fresh grass) and staying calm while Cowboy acted like a total idiot. He repeatedly jumped out from behind his sheds just as we came around the corners - this is his patented move - so I was prepared, but it often catches Val by surprise. At one point Val jumped straight up, all four feet off the ground, but kept a respectful distance. I had to give him a few strong corrections, until he was following just behind my shoulder, halting promptly and ignoring Cowboy - who got the finger pointed as well as some curse laced instructions.

There were also extended groomings where we practiced our ground tying, and we had several massage / scratching sessions. After a particularly satisfying total ear scratch I was given a lingering horse hug. *sigh*. Val is well into shedding mode - yesterday we made six hair waffles. I hope he keeps some coat in case winter hangs around. (Please don't hang around!) 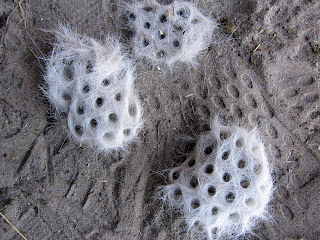