Rundown on the electric project:

Dug a (200 ft x 8 ") trench. Had a trencher to dig the first three inches - the rest I had to hand shovel. Glued and laid conduit in trench. 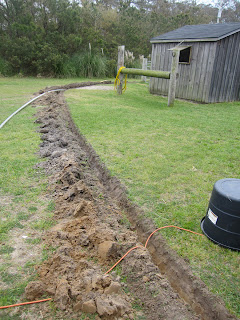 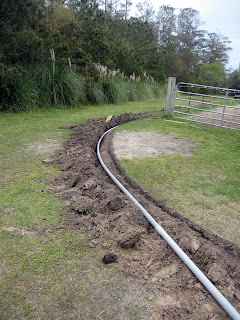 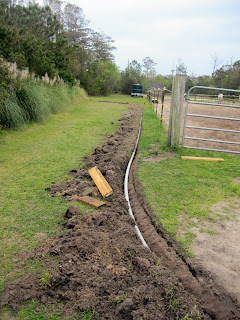 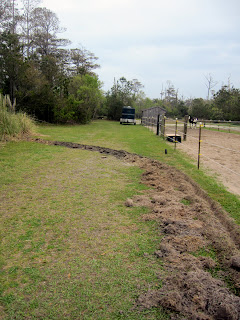 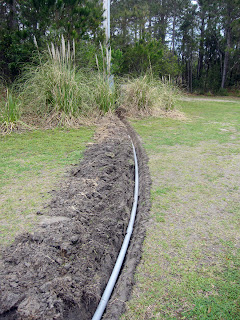 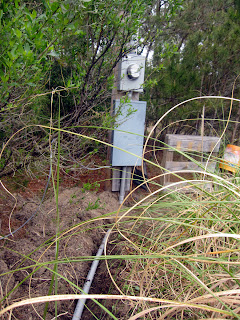 (So - at one point in the planning stages, I had given an estimate of the length of service wire (pricey) needed to get from power pole to studio. I said 200 ft should cover it. A piece of wire of undetermined length arrived.)

"Should we measure the mystery wire? I have a rolling measuring tool!"

"No - we don't want to unroll the wire. That would be stupid."

I made a few calls and found a scrap piece of service wire just a minute down the road. Had I been forced to drive 1 1/2 hours to the nearest Home Depot and back... 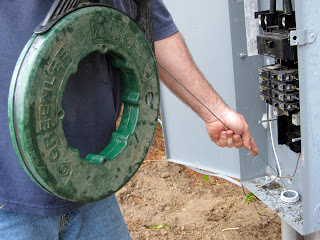 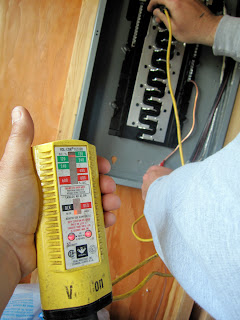 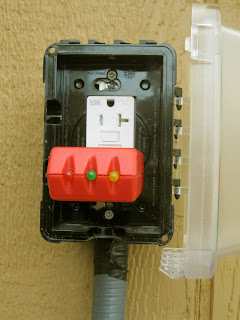 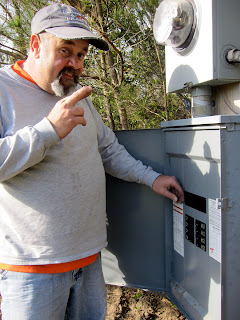 Upshot on the electric project:

I now have properly connected power to my studio, a couple of weatherproof outlets on the outside of the building, a breaker box and an outlet inside my studio. Running wire, fixtures, lighting on the barn and rewiring the tack room will happen at some point in the future.

It was an absolutely exhausting weekend. I learned a lot about rigging up electricity, and cooperation. While I sure don't want to make the connections at the poles and to the breaker boxes, the rest of the job wasn't too difficult. (And the dogs had a blast!!) 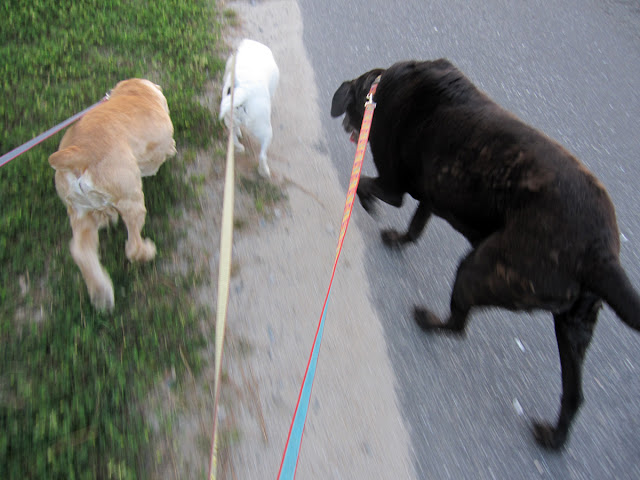 "The rider must learn to guide (or 'steer', or 'turn') the horse mainly with the seat and legs, driving the horse in the required direction, and with the outside rein. Though both reins are an essential part in the "orchestra" of aiding whilst guiding, they play only a relatively small, passive laterally stabilizing, framing (channeling) role of the horse's neck and shoulders. Erik Herbermann

I have not worked much on bending with the inside rein, as I arrived to dressage with a healthy case of "inside rein-itis," which rears it's ugly head when I get flustered or stop concentrating, though I may be ready to experiment with bending now. So far it has been safer for me to do as little as possible with the reins, other than concentrate on contact.

Speaking of contact - I took much more of it than usual this afternoon, with very good results. Val did some nice reaching, and used his hind legs. We had decent forwardness off of light leg aids as well. Val's response to my leg is improving every ride. I hardly touched my whip. For the first time in months we did multiple whole circuits of the arena at the trot keeping the tempo steady and with fluidity. Val was super willing, and the ride was super fun. Love my horse!
Posted by Calm, Forward, Straight at 11:28 PM
Labels: Erik Herbermann, guiding, inside rein-itis, lightness. electricity, reins, steering, turning