I hearby declare 2018 Year of the Unicorn! 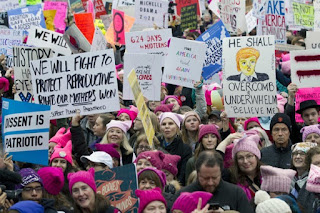 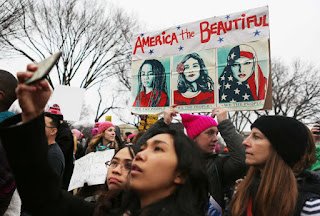 Besides the myriad global crises - enough to sink anyone's ship of optimism - I've been navigating the world of mortgages, appraisals, stacks of (virtual) paperwork and endless hoops to be jumped through, since February. I am ecstatic to announce that on December 8th, I closed on my mortgage / construction loan. (there simply aren't enough exclamation points) Pilings should be going in this month, and theoretically (all fingers and toes crossed) I will have an actual house to live in by the end of the summer. 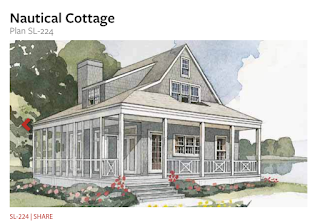 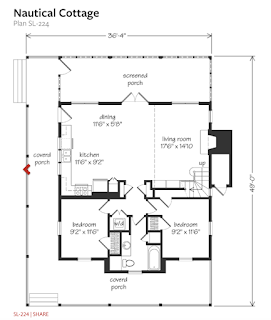 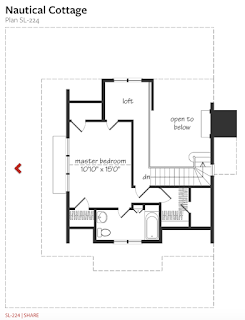 While I am very fond of the Shimmy Shack - which made it possible to live on my land while preparing for the house building project - it is time for an upgrade. I'm ready to be doing something more than glorified camping. For example, as I write this - the thermostat (inside) has achieved a balmy 59 degrees. The refrigerator is on the porch. There are exactly seven minutes of hot water - only if I drain the tank, let it refill and hop in the shower immediately. 220 square feet. Not to mention hurricane season.


With this major life change comes a major blog change. I'm assuming that every spare minute of my life will be accounted for in the coming year making this new house happen, transitioning the family business, running the farmette, plus caring for my aging father. There is literally no time or money for extracurricular horse activities. So - for 2018, I'm changing the focus of the blog to chronicle the house building. With a little bit of luck, once things settle down - I can put more focus back into riding. Adulting is hard.

Big announcement made - now on to the Year in Review, which I'll break into a few posts as it's basically everything that happened that I didn't post all year long lol...

Val came through 2017 a little whiter, a little less fit, but still an adorable rascal.

Highlights (for him, not me) include the time he escaped and went on a wild runabout. Uncharacteristically, I did not freak out. I followed his tracks - which led over to visit his girlfriend Honey Bee's house next door first, and then off down the trail to the beach. By the time I grabbed his halter and made sure he hadn't headed out to the road, he came galloping back off the trail. I stood in the middle of the path and he skidded to a stop, put his head down to be haltered, and meekly followed me back to his paddock.

Unfortunately, Val absolutely tore his feet to shreds during his escapade. His soles separated, curled up and away from his walls, and the walls broke off well up his foot. It was a disaster, and took several months to correct. I learned quite a bit about trimming from the incident - mostly what not to do...

A highlight for me was a blogger visit in May. Nicole (Wait for the Jump) and her delightful husband Carlos spent the weekend here on the island. We had a lovely time. Great meals, long beach walks, tons of horse talk, and best of all quality time with Val. I hopped on to warm him up, and then Nicole took him for a spin. He was a gentleman as usual. 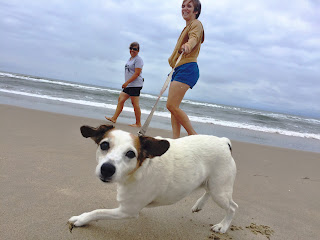 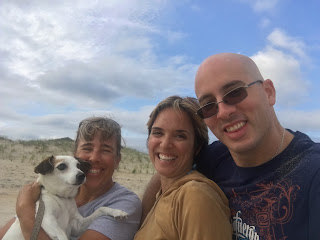 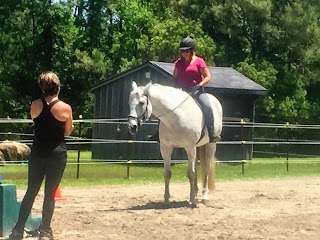 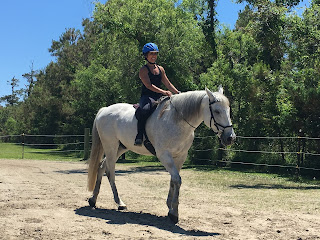 A not great-at-all thing that happened in 2017, was the discovery of another good sized melanoma on Val's upper lip, close to where the bit rests. We've been experimenting with the bitless bridle. I can't figure why I hadn't noticed this before, which leads me to believe it may be fast growing. This is in addition to melanomas on his anus and the underside of his dock. After consultation with the vet, I'm going the watchful waiting route for now.

One thing that hasn't changed in the nine (!) years I've had Val, is his cleverness and sense of humor. Every afternoon I spread some scratch for the chickens. Val generally expects to receive a handful of sunflower seeds - a toll to pass through the gate if you will - which I withheld this particular day due to cheeky behavior on the way to the grazing pen. He shook his head impatiently, stretched his neck out over the gate with his best treat face, then offered multiple smooches. When that didn't work he went through his entire trick repertoire one after the other in rapid fashion. I was rolling... I love that horse. ❤️❤️❤️ 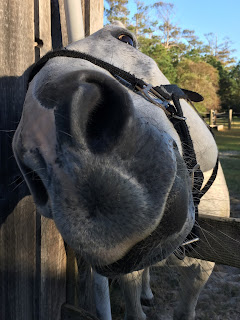 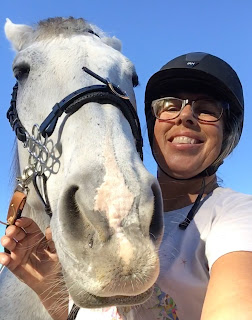