Riding slipped to the end of the to-do list this week. Which was fine because the weather certainly didn't cooperate. (I won't go into it as I gave up complaining for Lent - only two weeks left!) Also, I'm in the final stages of opening up my etsy shop as well as preparing samples of my jewelry for potential galleries. Stay tuned for news on the grand opening...

No worries though - Val and I have spent plenty of quality time together despite the constraints. Much of it in hair removal mode. He has finally started letting go of his winter coat. I experimented with Sweetpea and Q's Furminator, since the only other tool I have to use at the moment is an ancient hand me down shedding blade that has seen better days. I'm guessing the teeth in those things wear out at some point. It wasn't hitting on much.

Unlike the Furminator, which is very efficient but apparently also very tickly. Val's skin twitched violently with each pass. I refined my technique - short lifting strokes followed by my other hand quickly laying the hair back down. Success. I highly recommend the Furminator - it's best quality being that unlike the curry / brush combo, the released hair stays put - it doesn't go up your nose, in your mouth or plaster iteslf to your clothing. And it makes little fur caterpillars instead of waffles. 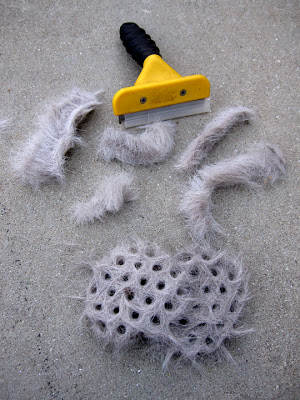 Besides obsessing on hair care, we've also done some ground work. I've been focusing on my body language - using it more subtly. Today as I worked on Val in his stall, he walked off. Instead of getting his halter and lead rope, I played boss mare. I followed him to where he had stepped out of the stall, continuing the grooming. When he tried to walk off again, I calmly blocked him... waited a moment and resumed grooming. Every time he tried to leave I blocked him. When he disagreed with me, I asked him to disengage his hindquarters, with just a hand gesture. Lots of praise the instant he stepped over with his hind legs. He did several nice turns on the forehand. Then I finished up the grooming with him standing perfectly for me out in the paddock. It was some of the nicest work we've done - super relaxed.

I also managed to clean and rearrange the tack room, all the while dreaming of the day when I don't have to store hay in there as it covers everything with a layer of filthy dust. I'm not the most dedicated duster to begin with. Add hay storage building to my "improvements to make at the farmette" list... behind shed row roof on the run-in and dressage arena. Better get back to the studio! 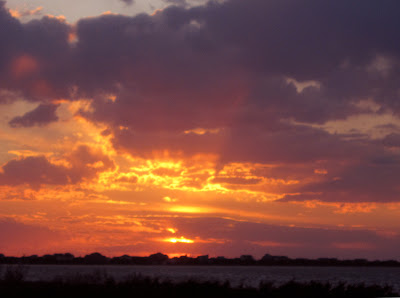