I've learned to be wary of going into our rides with too much of a plan. I have better results by responding to what goes on in the arena - "ride the horse you have today." However, there is a little strategy I cooked up, and this was the day to try it out.

While we've been improving by leaps and bounds this last couple of months, there is still an unresolved issue. An issue that derails warming up at the walk + steering, and often keeps us from using the whole arena. Recently I've avoided it by moving immediately into trot work, where forward cures steering problems. Bypassing the issue, but not solving it.


As I lay in bed the other night, I visualized beginning a circle at the top of the arena. Instead of closing the circle, I would drop further down the arena, creating a series of loops - sort of an open slinky shape
(sneaky) 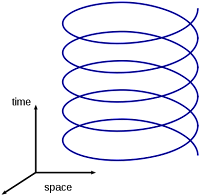 This would theoretically accomplish two things: surprise my horse thereby keeping his interest - he's very allergic to predictable - and move me throughout the entire arena at the beginning of the ride, in a roundabout way, without arguments. Holy cow - it worked! Nothing challenges my creativity like dressage.You simply cannot phone it in with a partner like Val.

We proceeded to have a lovely ride focusing on contact, stretchy trot and big walk. Although I struggled with keeping my lower leg on consistently - when I was able, he responded by reaching into the contact. Listen to your horse...


✿✿✿✿✿✿✿✿✿✿✿✿✿✿✿✿✿
As I prepared for our ride this afternoon, Val surprised me with a new trick. Each time I glanced up from grooming, he was in the midst of untying his quick release knot. First mouthing the loop, loosening it. Next pulling the end to dismantle the knot. Then finally yanking the whole rope back through the tie ring with a flourish as the leadline dangled from his mouth. He cut glances at me throughout the entire process, looking quite proud of himself. I was supremely bummed not to have my camera handy, although I expect I'll have other chances to document this behavior. Good thing we ground tie now.

I recently got a comment asking about how we work on ground tying. It's pretty simple. I halter Val, then lay the lead rope over his back. I begin grooming, picking feet, bug spraying etc. As soon as he moves a step, I (calmly) stop what I'm doing, send him back to where he started with a light hand on his lead, and resume. This process also involves lots of cookies.

Initially, the exercise consisted of moving Val back into place, over and over. Now - he might take a half-hearted step or two, get put back, sigh, politely drop his head and wait. It's good to set yourself up for success, ie choose a nice calm day when your horse is feeling pretty mellow, practice after exercise, and have a wall, fence or some barrier to limit avenues of escape. How do you all do it?
Posted by Calm, Forward, Straight at 10:05 PM
Labels: contact, ground tying, steering