So happy to report that we are sticking to our new - taking dressage seriously - work schedule. Five rides, and five non-riding sessions since the last post. (!!!)

One of the unmounted sessions included practicing for our Christmas card picture, which was super fun, as well as a very thorough massage and an intermediate trim session where I practiced my hoof knife skills getting after Val's bars.

Some high points of our best ride - we had the loveliest warmup on the buckle, with a smooth transition into contact. Our work on school figures - accurate - check. I focused on feeling Val's mouth through my elbows and contact - check. Next I asked Val for a bigger walk. What I got was happy, swinging trot from a minimal aid. Forward - check! Full school, figure eights, working over the back - check! Best of all, I even knew when to stop.

To say I was elated after this ride would be an understatement. Never fear, today's ride brought us right back down to earth. Very good, but I wasn't as even in my seat, and Val reflected my crookedness back to me. The takeaway - nothing new. If I sit in the middle of my horse, am clear in my aids and offer him smooth, elastic, consistent, following contact, the sky's the limit. 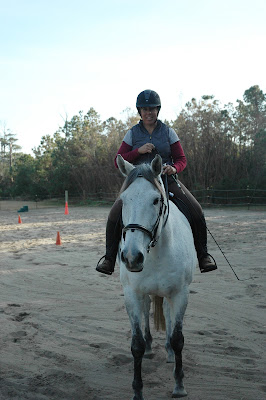 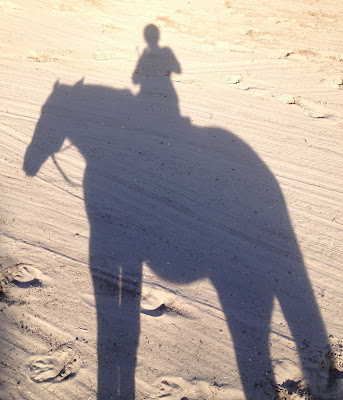 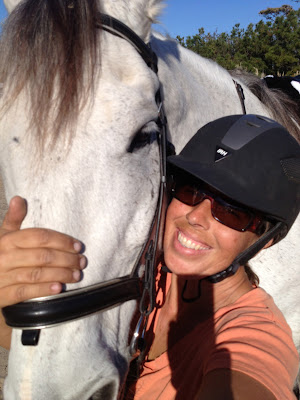 Part of our progress is due to Val is feeling better. I suspected that Adequan wasn't doing the trick for him. He spent a lot of time cocking his hips this summer, noticeably increased, seemed uncomfortable during trims when we worked on his back feet and was reluctant to move out sometimes. After considerable research, I switched him to a new medicine - Pentosan Polysulfate - which I will share more about in another post. If the one tempis he did down the fence line yesterday, and his repeated offering of the trot unasked are any indication, it's working. :D