At the barn #29 - Danger lurking in your hay... am I the only person who didn't know about this?

Although Val's mysterious gum issue doesn't seem to be getting worse, it's not going away. I have (temporarily) replaced the nibblenet with a couple of easier to eat from hay bags. I've been feeding his beet pulp from a ground pan so he doesn't have to mash his face into it as he gobbles his evening meal, and I've been steadily treating him with my go-to home remedy - warm salt water rinses - after gently brushing his gums with my soft rubber dog toothbrush that fits on the end of your finger. 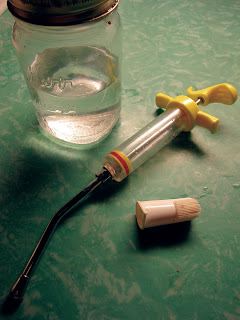 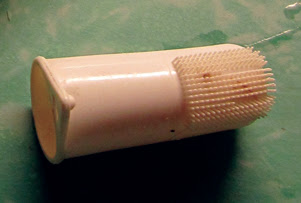 Being the consummate worry wort that I am,  I've been contemplating whether to go off island to see the vet. Then I had a brainstorm, and emailed my future new natural balance horse dentist on the off chance that she might have seen something like this before.

BINGO!! She emailed me right back and said it sounded like foxtails in his hay. She's seen a ton of horses afflicted with mouth trauma due to foxtails this year. Immediately I knew that was it. I remembered noticing the fluffy little seed heads when I first got this hay. Turns out it's infested with them. The hairs sticking out from the seed head are like little cactus spines. They often lodge in the horses mouth / gums / lips and create inflammation and potentially infection. Sounds hellish doesn't it?! 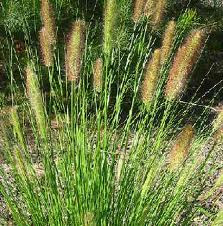 And I wasn't far off in thinking that the nibblenet had something to do with the situation either. Because of the way Val grabs hay from the nibblenet, he apparently was driving the little spines right up into his gumline. The dentist said that my treatment was exactly right, and that the condition will eventually subside on it's own.

I'm so bummed that Val had to go through the pain and suffering. If there were a bright side to find, I guess it would be that Val pretty much showed me he was having a problem, and where. And he has been exceptionally cooperative about getting treated. We've definitely bonded over this toxic weed situation. It has deepened our relationship. But it's still a drag. You can believe I'm going to let the hay farmer know what he was selling. And from now on I will be the


major pain in the butt every bale inspecting hay purchaser!