In the Arena #45 - Let the hammer drive the nail

"There is a saying in carpentry, 'Let the hammer drive the nail.' So too in riding, we should let the aids inspire the horse to respond as we wish, rather than trying to move the horse's body with our own physical effort. Dance your horse forward, do not push him." Eric Herbermann

Our second ride of the year was simply the best work Val and I have ever done together. No issues. Everything I asked for, I got. We were a team. Accurate circles, serpentines, leg yields through the cones. No balking at the deep spots in the arena, or the (formerly) very scary corner. Going both directions felt the same. Our transitions were soft and immediate. And the trot work... well I can't even think of a good enough adjective. Once again Val worked over his back, reached for contact and used his core. This makes three rides in a row. Possibly a trend?!

I guess we've had some kind of a breakthrough. I'm almost afraid to acknowledge this because I know from other disciplines that breakthroughs are often followed by new periods of struggle. It's as if you're climbing a mountain, and you finally make it to a plateau. There is satisfaction, and a little time to reflect. But there is also a new perspective of your goal. Everything looks different from here. You're basically starting over.

We're heading up the road to get some lessons this weekend. I'm figuring we'll have our opportunity to come back down to earth there. I can't wait ;)


***********************************************
Hopefully I'm starting a new trend regarding my luck getting hay as well. I called my supplier to see if I could replace the needle hay I threw away, with some beautiful orchard / timothy mix that they've had most of the winter. "Oh, we just sold the last bales of it a few minutes ago..." I asked what they did have, and the choices were less than inspiring. Orchard / alfalfa, heavy on the alfalfa and some straight timothy. I  reluctantly decided I could buy some of both, and use the timothy to cut the alfalfa. There is no way my horse needs alfalfa, although he would tell you different. Kind of like horse crack - he tries it and needs more NOW - nothing else will do.

Eavesdropping as I stood in line to place my order the next day, I realized they still had some of the orchard mix. "I'll take it!" I practically shouted. There were exactly enough bales left to fill my horse trailer. We should be set until May, when the first local hay will be ready. What a relief, and well worth an entire day of driving. 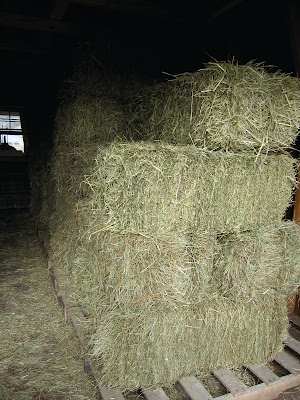 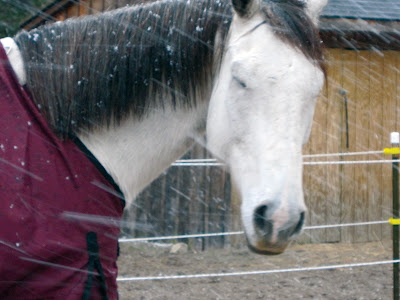 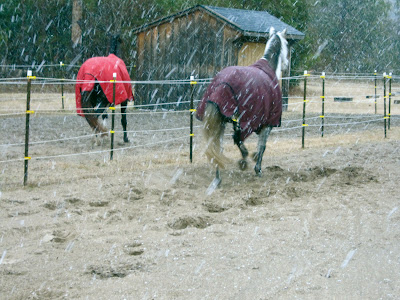 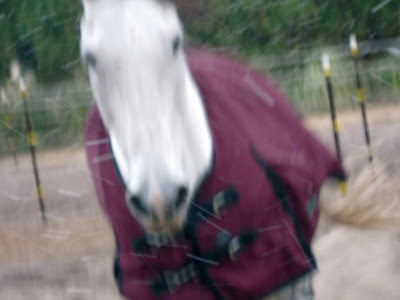 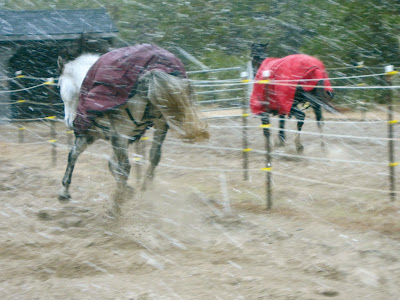