I guess I'm officially addicted to the internet. It was more of a bummer not to be able to get online than it was to have no power, a/c, refrigeration, tv. I did miss my vacuum almost as much as my darling apple though... I've been optimistically carrying the laptop around for days. In the car... in my bicycle basket when you couldn't drive yet, (frantically) trying every available plug or wifi spot. No luck until today. Weeeee - I'm giddy :)

While the storm was bad, it could have been much much worse. (Stay tuned for my official rant about The Weather Channel - all drama, all the time + pix and video) Val thinks it was pretty bad since he had to endure the experience alone. (I thought I heard Val singing a sad little song when I made it back up to the farm..."♬♪Where have all the cookies gone.... long time pa-assing...♪♬")

His buddy Cowboy evacuated - against better judgment - to a place off island , and much more vulnerable to tide than here. I still haven't gotten through to his people about how they fared.

✿✿✿✿✿✿✿✿✿✿✿✿✿✿✿✿✿✿✿✿✿
As it stands now, we're cut off from the mainland by several (five) new inlets, which will have to be filled in and a new road built over. 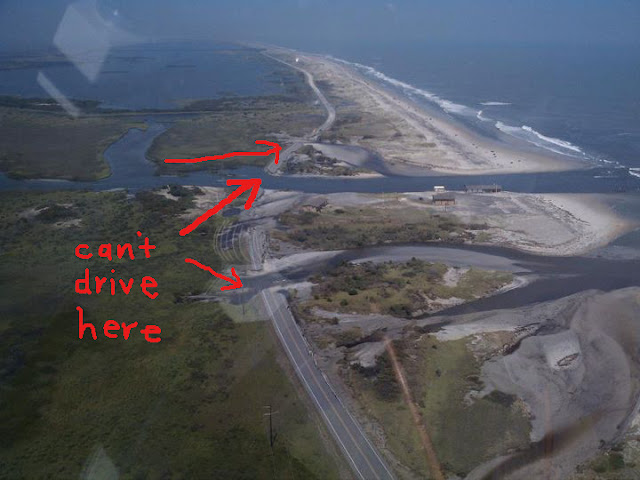 In the meantime sole access to the island will be by a two hour ferry ride to the mainland - dependent on weather conditions - landing you in the middle of nowhere, another hour to civilization...

I don't even want to think about the repercussions. Minimum six hours to equine veterinary care and hay. A trip of any consequence will require staying overnight. Moving plans on hold until there's a road to deliver the 10 x 20 building I ordered (hay storage + studio space). Val's feet are atrocious- un-rideable condition - and the farrier canceled his two week overdue appointment last week. I doubt he'll be back until the road is sorted out. I guess I'll be borrowing tools and trimming Val myself. Anyone with advice (smazourek?!) please leave in comments. Bottom line - life is going to be even more (I really want to use curse words here) complicated than it already was.

Looking on the bright side:

My home wasn't flooded
Generators arrived to supply our power yesterday
The Shimmy Shack survived intact other than a minor leak
The truck only suffered a few high speed pine cone scars
I had just purchased feed + raised and tarped my hay supply- so no diet for Val ;)
My refrigerator is sparkling clean - "when in doubt - throw it out"

And finally, to all of our readers... I haven't said enough (ever?) how much it brightens my days to be connected to such a kind, knowledgeable and supportive group of horse(wo)men. Thank you!
Posted by Calm, Forward, Straight at 12:46 PM
Labels: conection, farmette, farrier, Irene, Shimmy Shack, weather