Happily, I have two more rides to report on. We're on a roll :)

On Friday I got done early with my responsibilities, and headed straight home in the midst of a superb day - sunny, in the sixties with no wind. The arena was toasty. Val and I started work right away - grooming and tacking up while he was ground tied. There were a couple of efforts to walk off, and some impatience, (head bobbing + lip flapping), which I patiently corrected, then returned to my grooming tasks. After a big sigh, Val stood still for the remainder of our preparations. He has really made progress with ground tying, and I believe that the benefits of this work also show up under saddle.

Just as I finished tacking Val up, my neighbor cranked up some sort of jack hammer-ish, super loud tool right next door to the arena. Oh goody... It didn't impact the ride at all though, which made me very happy.

We moved right into our trot work, which lasted for over an hour, with a couple of walk breaks thrown in. We alternated posting and two point, focusing on half halts and transitions. Nothing new, but we are refining his movement and my aiding, little by little.

After the ride I hung all my tack out on the arena gate and cleaned it - a super thorough job. I took it apart, saddle soaped and oiled everything. 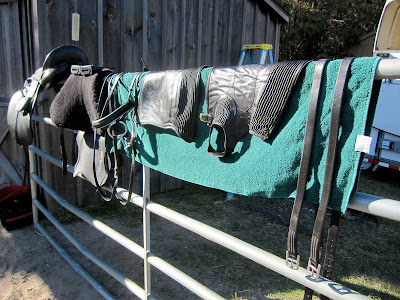 Val helped too. He pulled the stirrups down, grabbed pieces that I wasn't working on and dropped them in the sand, and groomed me. I finally had to banish him to the far corner of the arena... 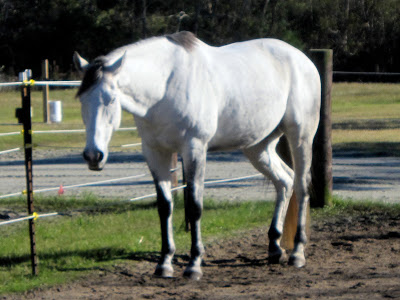 Today there was a milestone. Our first (intentional) sitting trot. Val's coming on to the bit, and my confidence in taking up more contact presented me with a lovely lifted back as I sat the first few strides of a trot transition, so I kept it up. It felt great, and Val snorted and motored on pushing from his hind end. This is the first time I've sat the trot where it didn't feel like I was unnecessarily bouncing around on his back, and it didn't take tons of effort to sit in my horse, not on him. Yay - so dressagey!

Next I dropped my stirrups for some posting practice, which followed the sitting trot work quite nicely. To finish up we worked on turns on the forehand. The right handed ones were very sticky - lots of resistance from Val. After the ride I remembered that I had rotated my leathers post cleaning the other day, but neglected to check for stretching. Sure enough, my left leather, formerly right, had stretched and needed to be raised, so I was likely more uneven than usual.

All in all a very satisfying ride. :) 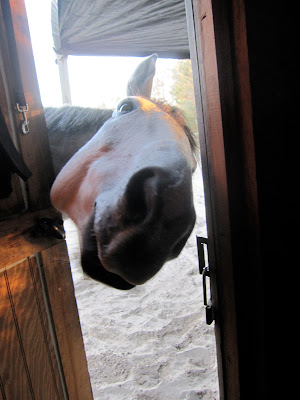 ✿✿✿✿✿✿✿✿✿✿✿✿✿✿✿✿✿
I'm thinking if horses could smoke, or suck their thumbs... or bite their nails, these two would be prime candidates. So orally fixated... 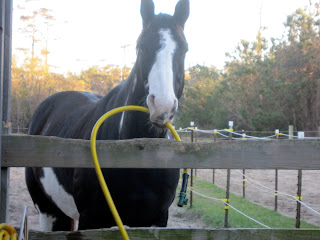 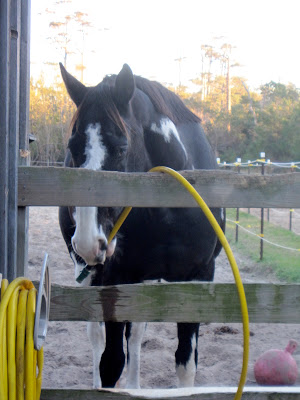 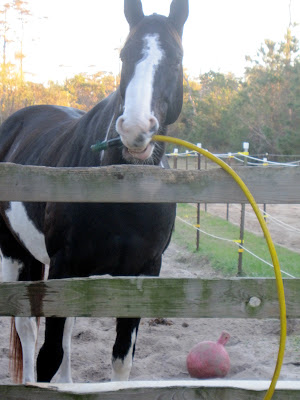 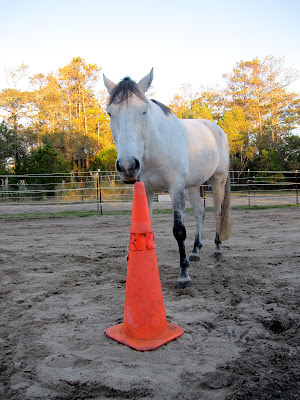 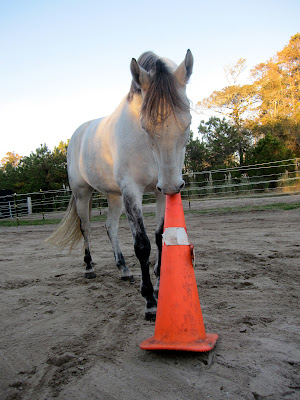 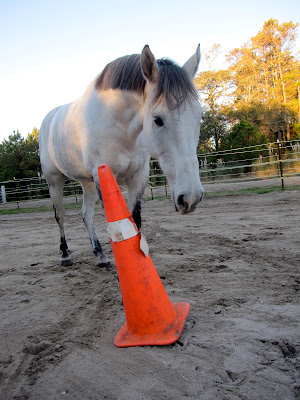