There was a method to my madness. Dragging the paddock yesterday allowed me to "spy" on Val overnight. My last after dark visit to thaw the remote water bucket showed that Val had barely moved. This morning I could see he had rampaged around some. There were several trails leading into the run-in, as well as missing water and hay. Not anywhere near what is usually consumed, but a safe amount. 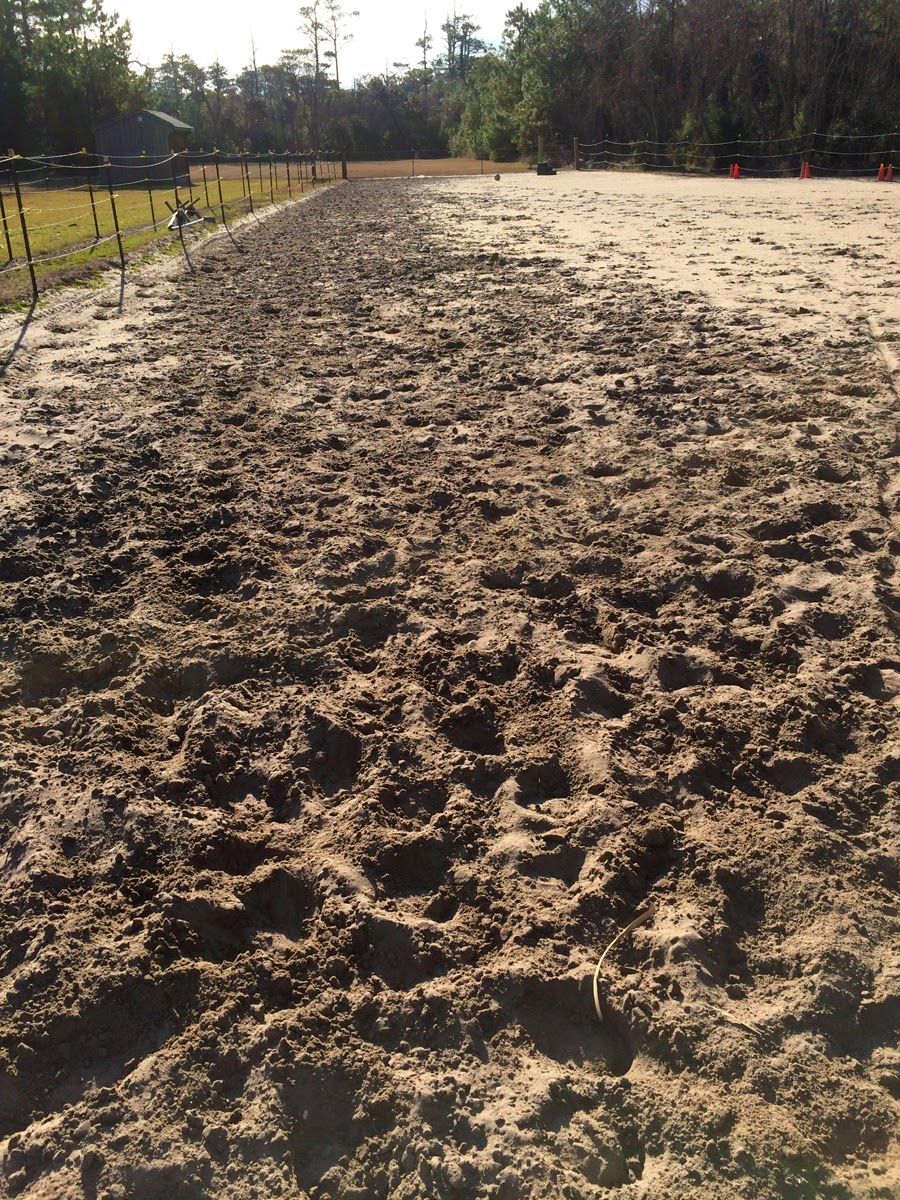 The sign that Everything Really Is Okay Now was when he followed me around as I picked the frozen manure, resting his head on my shoulder and sighing. I loved on him a bit, and served up a tasty hot morning mash surprise.

Newest theory is that maybe there's an animal, possible dying or dead already, holed up out in the marsh at the back of the property. In the rare instances when it has gotten this cold, for this long, I've run across frozen critters that crawled into bushes and pampas grasses to survive.

Whatever it was, my sensitive boy was very disturbed. Perhaps because he's an only horse, he takes his guarding the perimeter duties very seriously. Standing in one place staring I can handle. Not eating and drinking in sub freezing weather  - a recipe for disaster.

Just before Polar Vortex 2.0 triggered the 24 hour obsession, Val and I spent a fantastic afternoon together. First we did a bit of at liberty ground work, sans treats. Just praising to reward his attentiveness. Walking, halting, turns on the forehand, a bit of trotting. He stayed at my shoulder and seemed happy to be doing something together. I was happy to be doing anything horsey besides grooming, cleaning or worrying. ;D

Then on a whim, I pulled out the jump standards and a few poles. I set up a ground pole initially. After spooking as I brought the equipment in, Val investigated everything; knocking over the standards, lipping the cups, rolling the pole. He walked around the standard rather than through at first, so I grabbed a few cookies.

After walking through several times, I asked him to trot. He got a funny look on his face - oh, I remember this - rocked back on his hocks and waaaay over jumped the pole. Such an effort - it totally cracked me up. Val's not prone to expending extra energy, so he was having fun.

I know if there aren't pictures it didn't happen, but I purposely didn't bring the iphone out because I wanted to really focus on Val, not documenting. I don't have the tack, or the desire to jump Val, and his prior vet advised his jumping days were over, but playing around with free jumping some cross rails would be a nice way to change things up a bit, get some exercise, and enjoy ourselves. We'll have another chance for pictures...
Posted by Calm, Forward, Straight at 8:14 PM
Labels: boys just want to have fun, groundwork, jumping