Unencumbered by the thought process...

Maybe he has OCD?

Since 9 this morning, and as of this writing, Val mostly has not strayed from the far left corner of the paddock.

I knew something was up, when he didn't follow me straight into the run-in to eat his breakfast. Two hours went by and the breakfast pan and hay were still untouched. Water too. Very uncharacteristic. Val has never willingly missed a meal since I have known him. In these temperatures, barely above freezing, this situation worried me.

He eagerly ate the cookie I brought him, and had produced manure, so I took him a flake of hay, and let him be for a while, confident he'd get bored, and return to the run in for his breakfast and water.

On to plan B. Mid-afternoon, I brought him a bucket of water, and coaxed him to it with apple slices, which he gobbled eagerly. I dropped a few slices into the bucket. He quickly fished them out. Dropped in a few more, and he drank as well.

I walked Q the Jack Russell terrorist out into the wild yonder, hoping to flush a napping deer family, which was my guess for the source of the obsession. I reported back to Val that the coast was clear. It did not seem to matter, and he stayed put.

Next I dragged the ring. This accomplished two things - smoothing and softening the sand, which gets rock hard in the sub-freezing days, and giving Val some exercise, as I spun around near his obsession spot. He's moving just fine btw.

I'm planning one more flashlit visit before bed, to see if he has come to his senses. I'll take a hot kettle to thaw the water bucket - it's supposed to be in the low 20's overnight, and that small bucket will surely freeze solid otherwise. I want to believe that he will be sensible; go to the shelter, eat hay to stay warm, and drink water when he's thirsty. 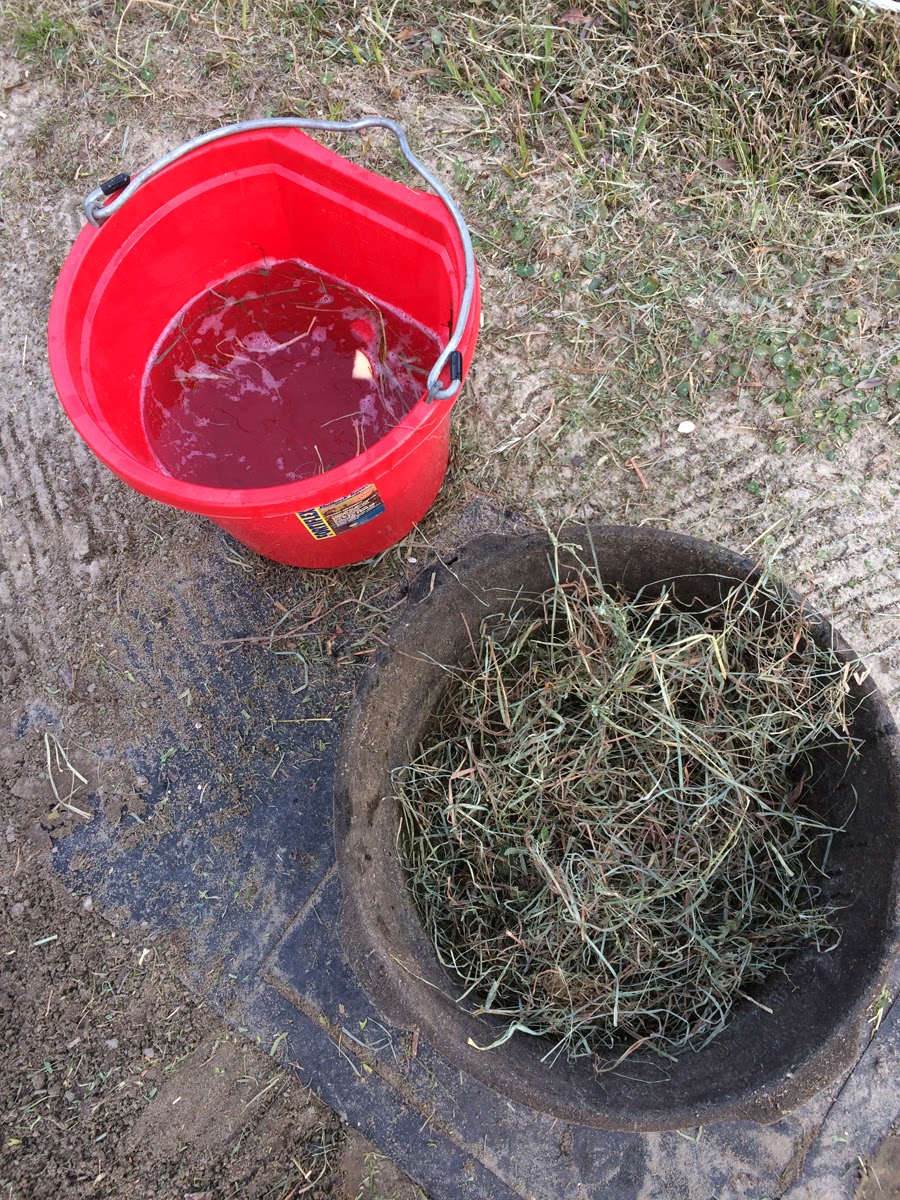 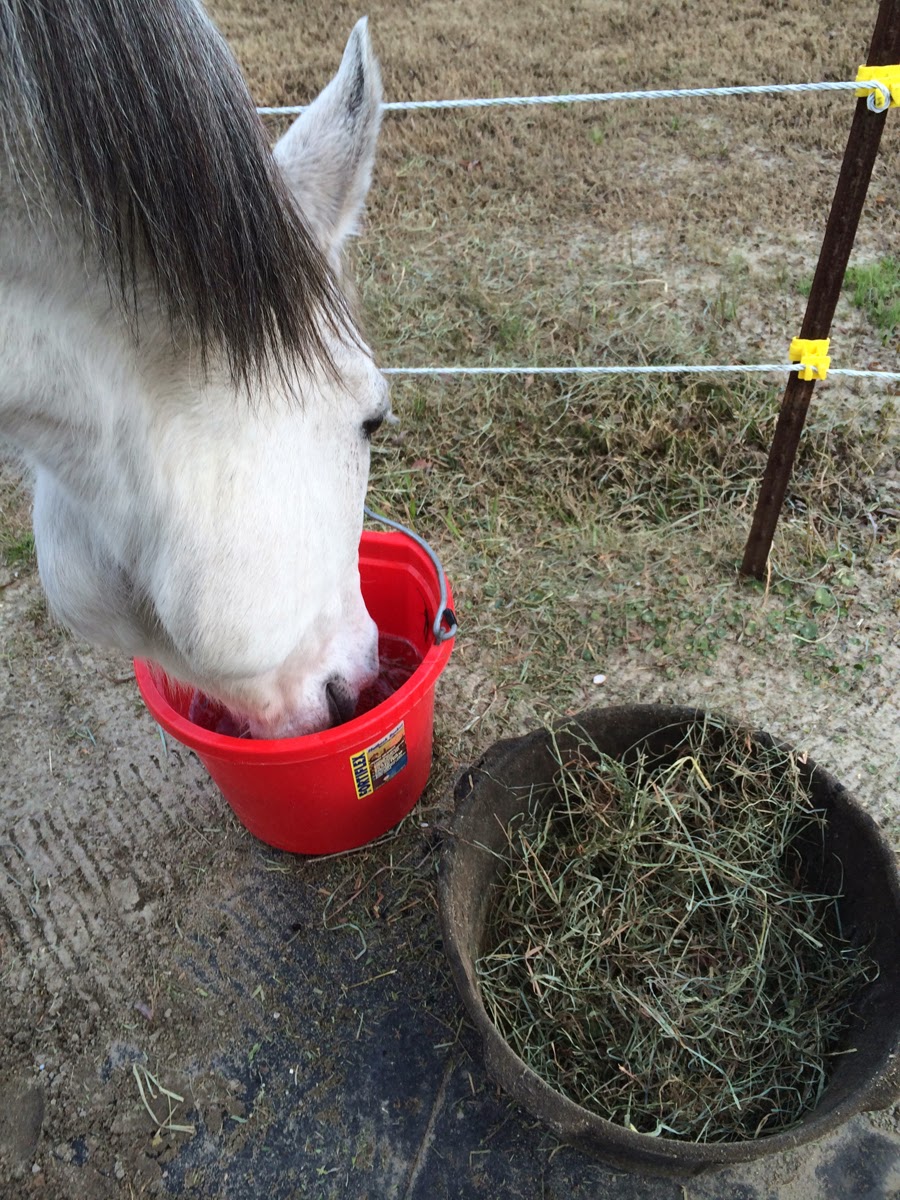 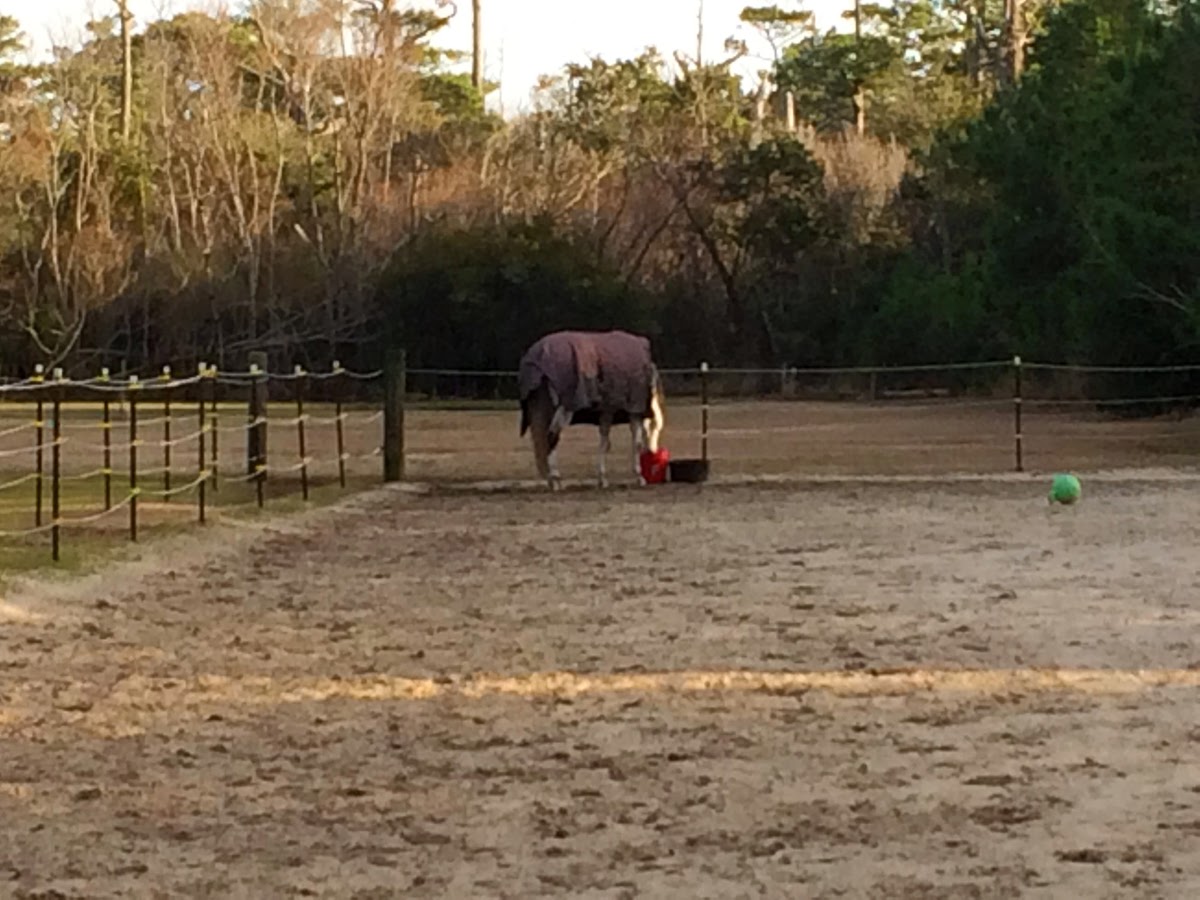