Thursday afternoon we took another walk around the property. There's a loop / trailer turnaround adjacent to my place, that connects up to the new mini trail next door. (the turnaround would make a great galloping track at some point) I grazed Val around the loop a few times, and then ventured onto the trail.

We investigated up and down. It's uneven and needs grooming. Lots of roots, downed branches and holes. I'm really glad we didn't try it under saddle the first time. The only problem we had was when a bird flew up out of the brush right beside us. We both startled, and Val did his stamp all four feet really hard spook. His left front landed on my right front. Once again living on a sandy island has it's benefits... no mud, easy to scoop poop and my foot sank down and didn't get too smashed up. Val took his foot off my foot immediately, and looked at me like - so sorry mom - did I do bad? I was super happy that he didn't rear, spin and bolt, or even pull on the lead at all, and told him so. I thought it was real progress. Very proud of my guy :)

✿✿✿✿✿✿✿✿✿✿✿✿✿✿✿
Friday was absolutely gorgeous weather. Sunny, 70's and a warm breeze. The tractor repair work my dad and I were doing that morning seemed to drag on and on and on. I suppressed the urge to repeatedly check the time. And to act impatient. The job that pays the bills is more important than riding after all...
The minute I could slip away I headed to the barn, groomed and tacked Val up. He wasn't particularly calm during the process, and seemed to be preoccupied with what goes on through the woods next door... cue extra scary soundtrack. I mounted, and we spent the first ten minutes arguing about the usability of about thirty percent of the arena. It got to the point that Val was popping up a little bit and wheeled around to avoid the area.
Now, I know that our steering issues are generally almost always related to me, blocking, being stiff and/or unclear in my aids. I also know that yesterday the issue was Val's and geographical in nature. I found myself starting to get impatient and frustrated (hormonally challenged) so I dismounted. I led Val to the area where we proceeded to walk, halt, and soften, with some backing and standing practice thrown in. He was very nervous. It took some work to get his attention on me and away from next door, the source of all scary stuff. I focused on my breathing as well. After a few minutes, I remounted and we continued with our session.
Vast improvement. We used the whole arena. We got our biggest big walk yet. We had some lovely trot work with reaching, picking up of back and taking rein from me. Only on the long side away from the area of course, still a giraffe on the scary side, but I'll take it. I focused on supporting him through the turns with my legs and half halts. Still lacking coordination (me) on this, but there is improvement. To finish up we weaved through the cones trotting on loose rein - steering with my legs. We even made some foam :) 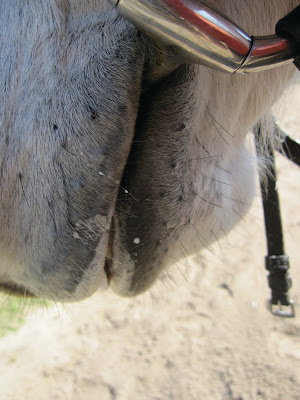 We meandered around on the buckle a bit to cool off. Then on a total whim, and because I have been obsessing about not boring Val with tedious drilling, we rode over to the gate, and opened it. Our second try. I still wouldn't quite call it side passing but he was great about moving exactly where I asked him to.  Then we rode though the gate and out for another little solo trail ride. 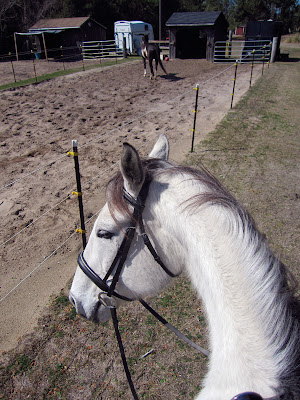 I let him decide where he wanted to go... to the back of the property, not into the smaller arena, back up front along side Cowboy who was being a bit of a pita, and out the front gate. Totally his idea. At this point steering got sticky. He really wanted to graze in the neighbors yard, which I didn't think was a great idea. He went anyway. I (patiently) got him turned around and heading towards our place again. Then my camera bag fell off, so I dismounted to retrieve it, and figured it was time to call it a day. No place to remount from anyway... What a good boy!!
✿✿✿✿✿✿✿✿✿✿✿✿✿✿
The rest of the day in pictures... 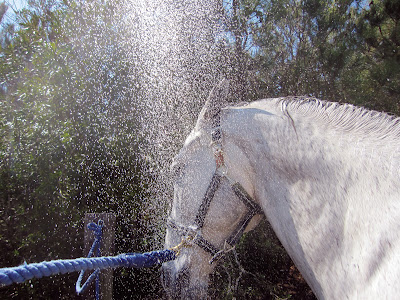 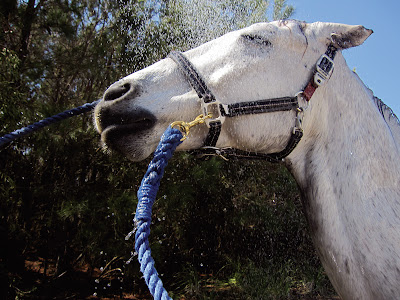 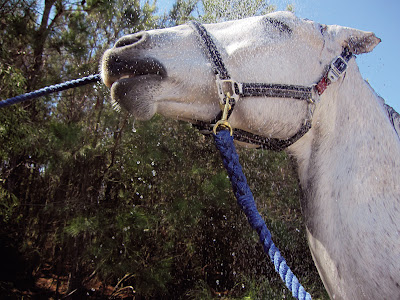 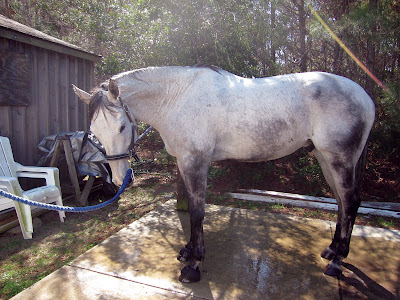 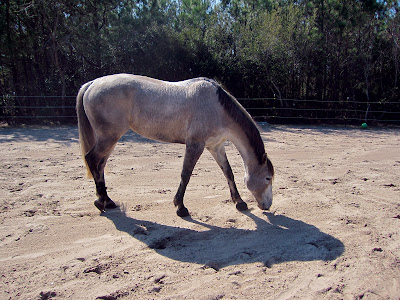 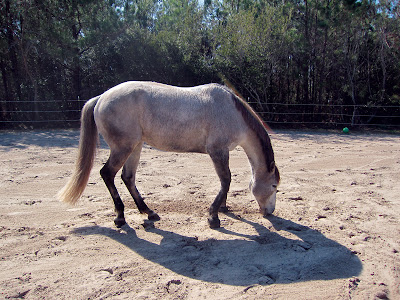 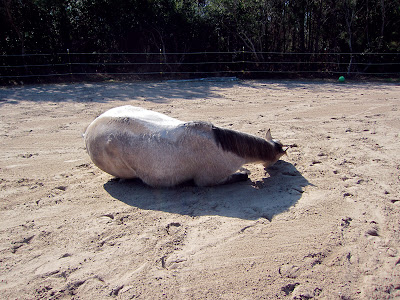 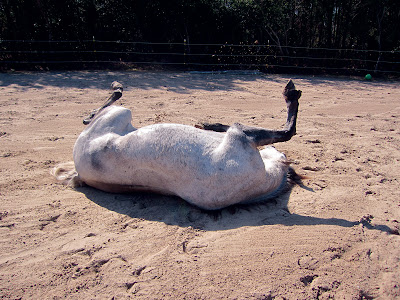 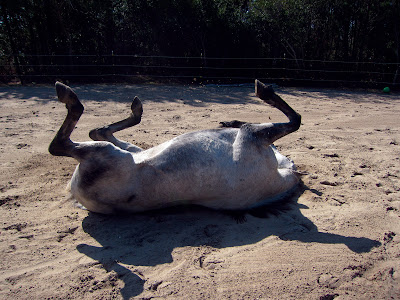 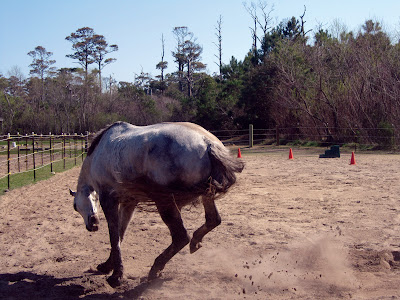 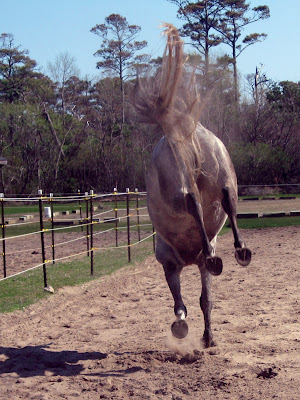 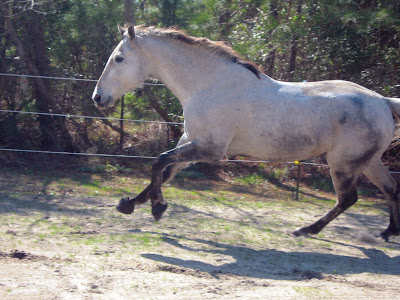